So how do you make eggless french toast? We’ve tested a few egg substitutes to determine the best way to make this classic breakfast—and keep it plant-based.

We want to know:

Which is the best vegan batter to give gluten-free French toast that classic tender-but-chewy inside with a crisp and delicious golden-brown outside?

To make it a fair test of the perfect vegan batter for gluten-free french toast, we tested each batter with the same bread (Little Northern Bakehouse White Wide Slice), cooked each one using the same tool (a non-stick pan) and cooking method (in non-dairy butter over medium-high heat), flavoured the batter with the same amount of vanilla and maple syrup, and taste-tested each one with the simplest, classic toppings (non-dairy butter and a teaspoon of maple syrup). 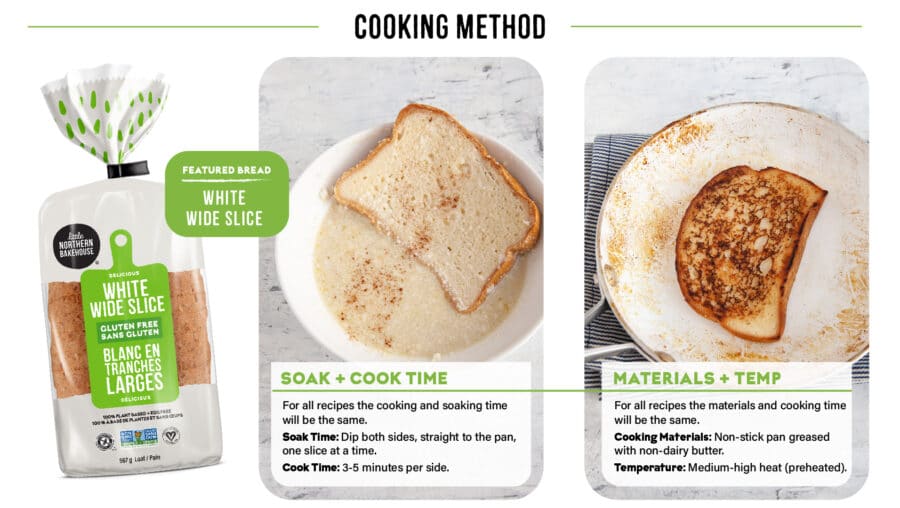 How did we judge which vegan batter is most successful at achieving the classic french toast texture with gluten-free bread? We used our senses! We compared how well it browned (visual), how crispy it was on the outside and how chewy-but-tender it was on the inside (touch), how delicious (or not!) it was (taste), and how well the texture held up from pan to plate—and to fork.

We gave each category a score out of 5 for each batter we tested, then gave each batter an overall score. (And we’ll tell you what we loved—and what we learned—about each!

How to Make the Best Vegan French Toast

To determine which eggless substitute is best, we judged the three options based on four categories:

Each eggless batter substitute will receive a score in each category out of 5—with 1 being the lowest score and 5 being a perfect score.

As we tested these ingredients using the same methods, we noted some helpful tips to make each ingredient shine in its own way.

Now that we have our criteria let’s see which is the best eggless substitute to make the batter for your vegan french toast. Is it JUST Egg? Full fat coconut cream? Or our go-to classic Eggless French Toast recipe? Read on to find out! 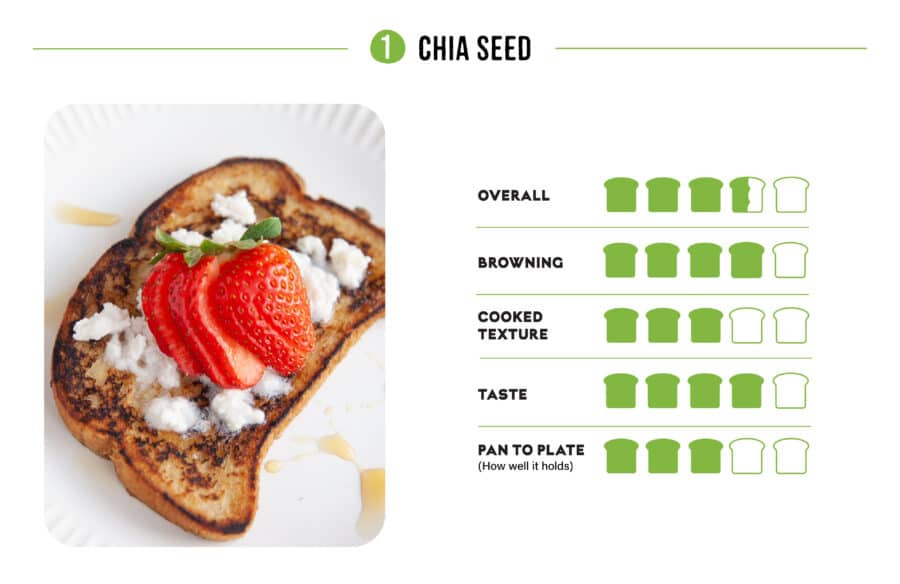 Using pre-ground chia seeds, (or blend or grind your own until it reaches a powder state.) See step 1 in our Classic Eggless French Toast recipe for instructions on how to make the batter. 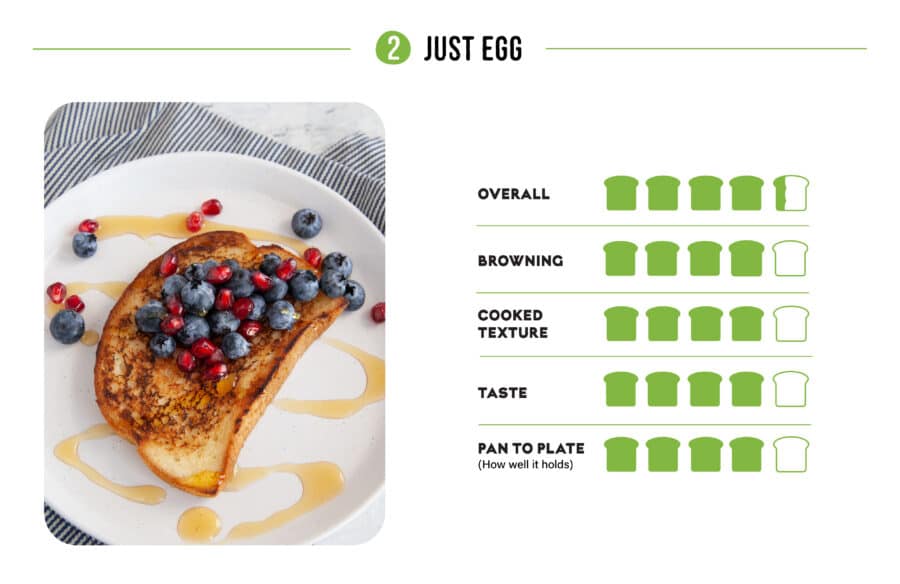 JUST Egg is a vegan gluten-free liquid egg substitute, made with chickpeas. It’s particularly convenient because you can use as-is, straight from the bottle. Add your favourite flavourings and easily scale up or down to make as much french toast as you desire. Look for it in the fridge section of your grocery store. 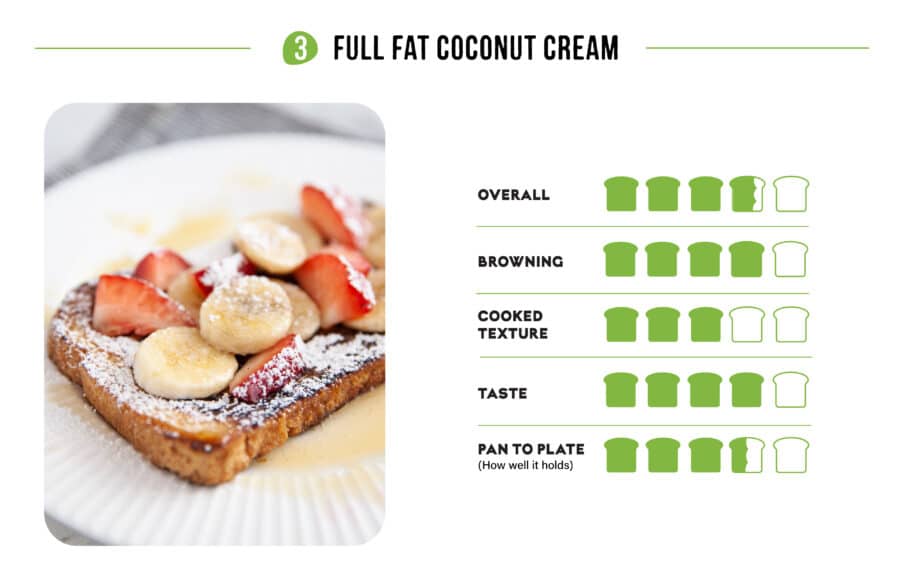 Like applesauce or banana purée, one tablespoon of coconut cream can be used as a substitute for egg in some recipes. Because of the extra lushness, we figured it would be a tasty option in our vegan french toast. You can use the top layer of a can of full fat coconut milk or use coconut cream.

What is the Best Egg-free Batter for Gluten-free French Toast?

The winner of this test kitchen is…up to you! It all depends on your taste and preferences. If you prefer a crispier more classic french toast, you’ll enjoy the JUST Egg base. If you prefer a softer french toast with a more unique flavour, we recommend you go with the full fat coconut cream. Or if you want a truly neutral base for any flavour you want to throw into your french toast, our Eggless French Toast recipe with chia seeds is a fantastic place to start. Now you and your family can eat vegan and gluten-free french toast, and experience all the joy of the real thing!

For more gluten-free resources, subscribe to our monthly newsletter at the bottom of this page. Do you know of any good eggless substitutes for french toast? Post your makes to Facebook, Instagram, and Pinterest—and don’t forget to tag us!